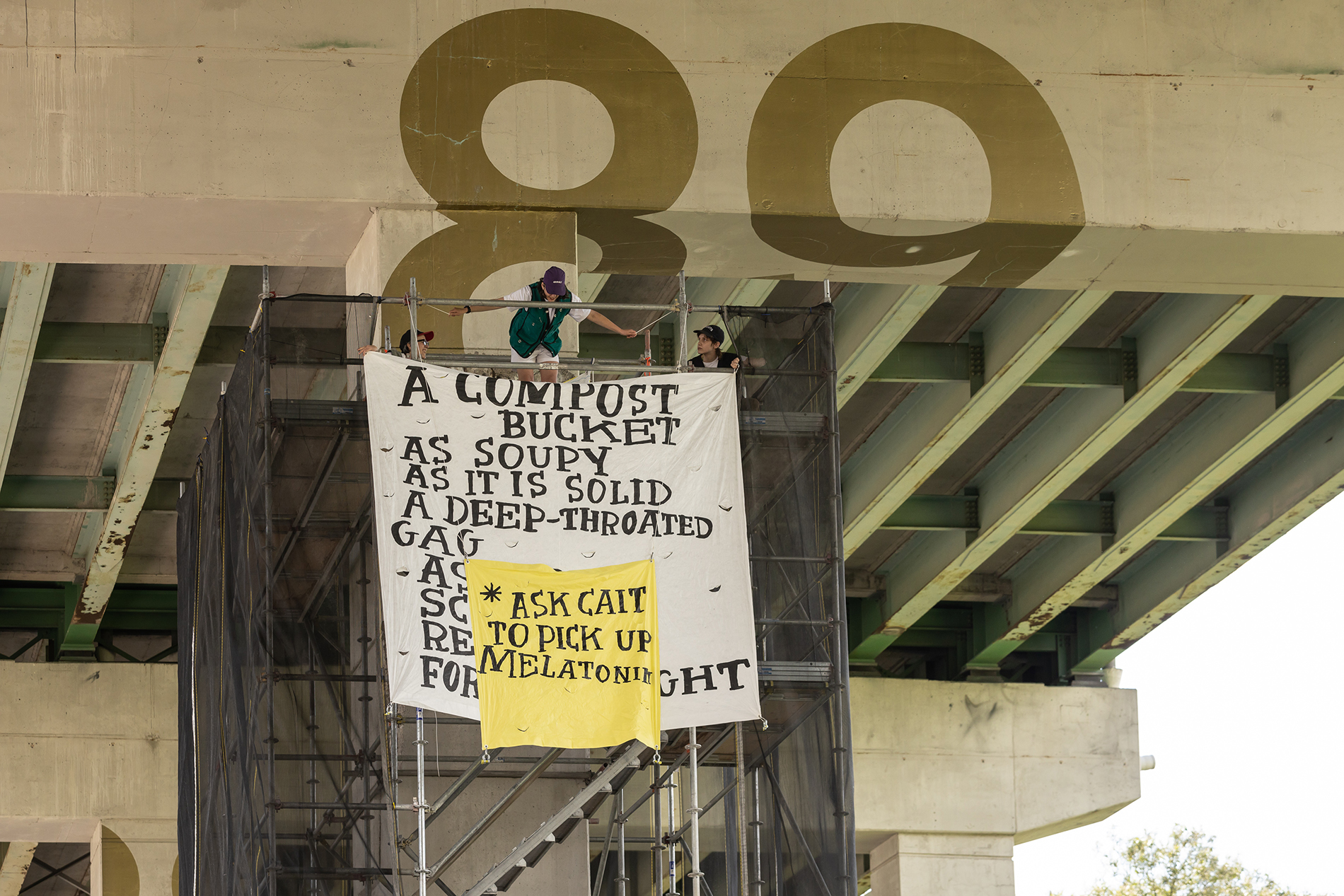 In a growing city such as Toronto, scaffolds are a ubiquitous feature of the urban environment. WEEPING CONCRETE is a site-specific project for a trio of performers across two towering scaffolds; asking us to reflect on the streets as we know them and imagine what they might be.

“Sistering” is a construction term for the act of placing supports on either side of a beam to add stability. In WEEPING CONCRETE, the three performers, including artist Hazel Meyer, animated this makeshift, temporary architecture as it “sistered” one of the concrete bents holding up the Gardiner Expressway. Borrowing from activist aesthetics, athletic tropes, and consumer advertising practices; the performers unfurled banners, engaged objects, and introduced elements of queer joy in an ongoing conversation with one another, and the audience. Through these actions, WEEPING CONCRETE presented a reflection on intimacy, interdependence, and infrastructure.

Commissioned by The Bentway Conservancy. 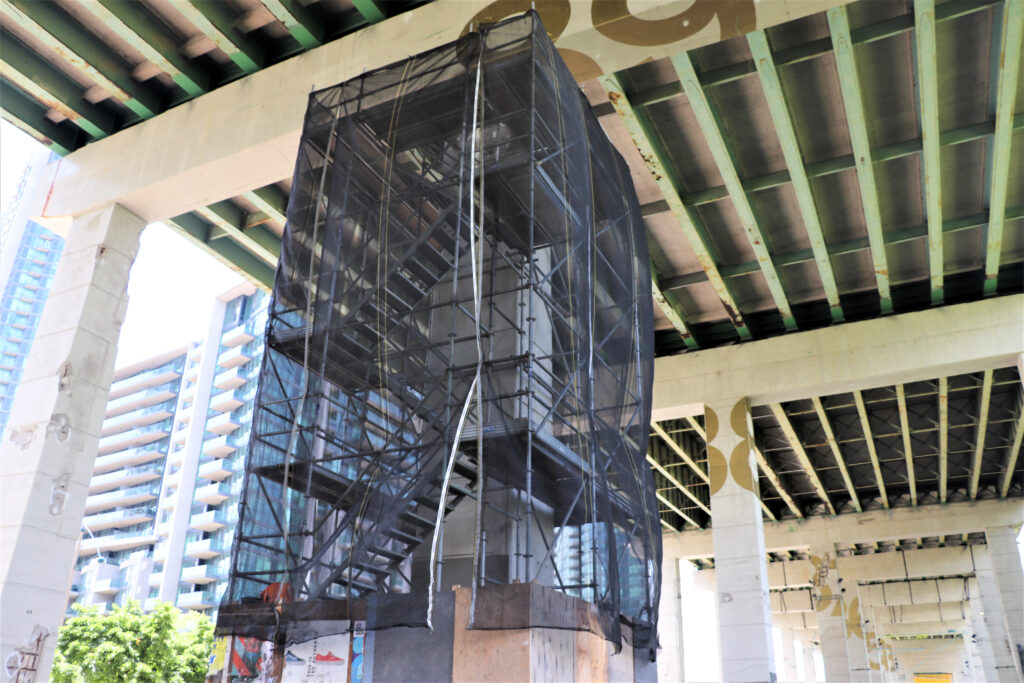 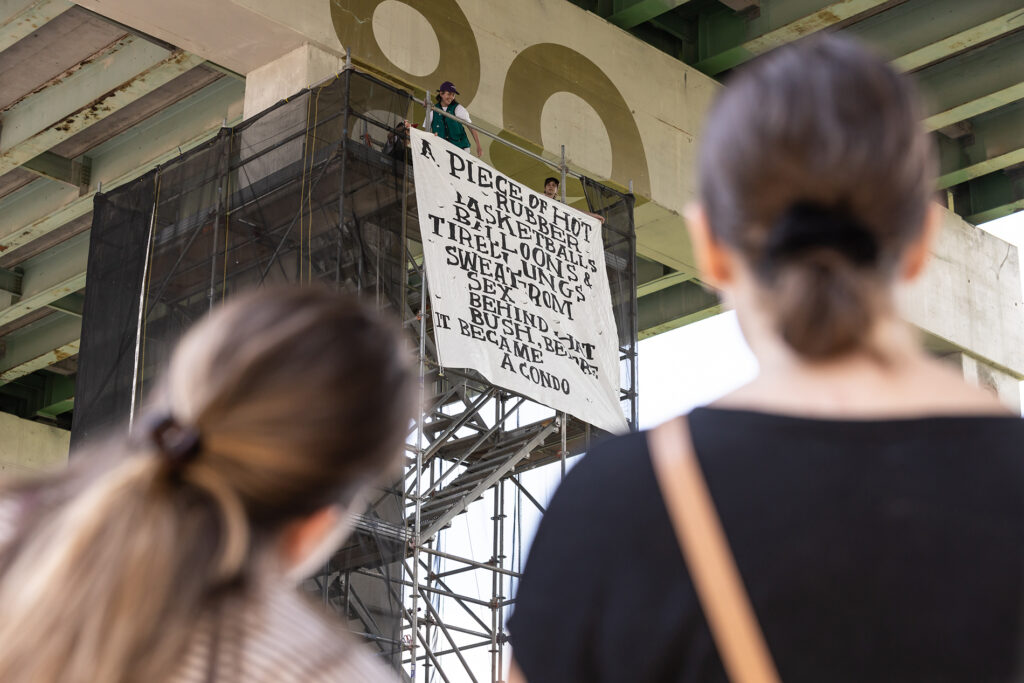 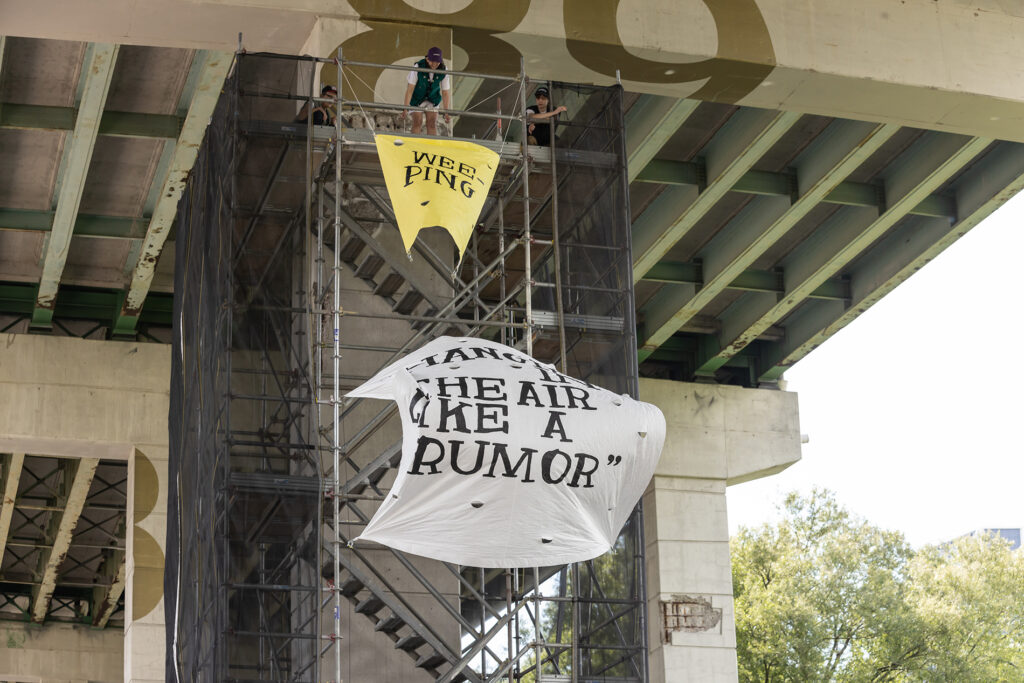 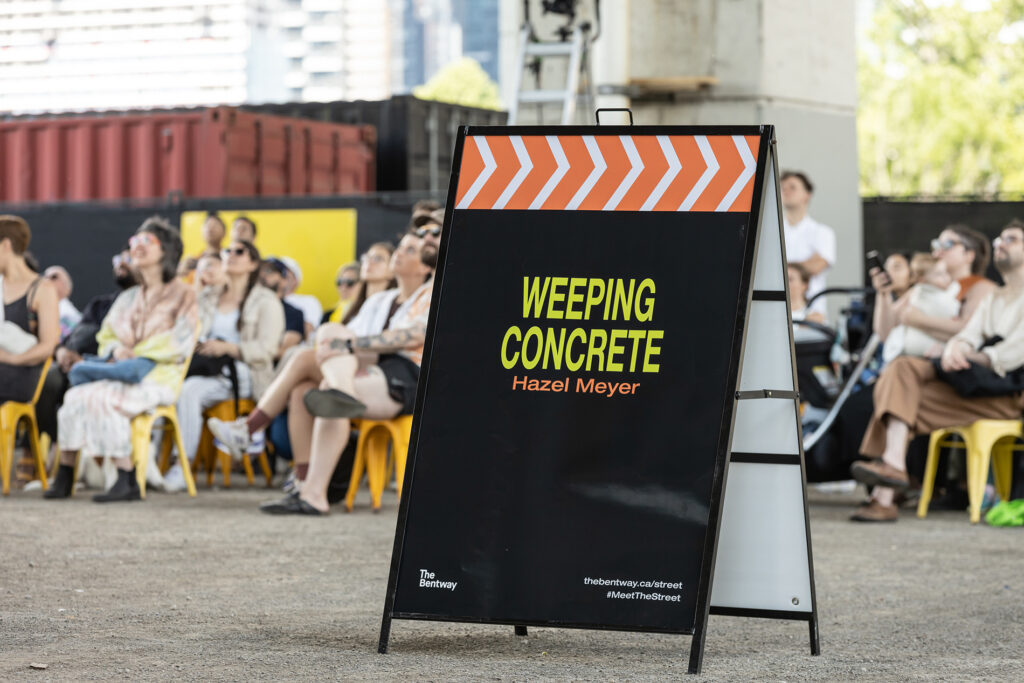 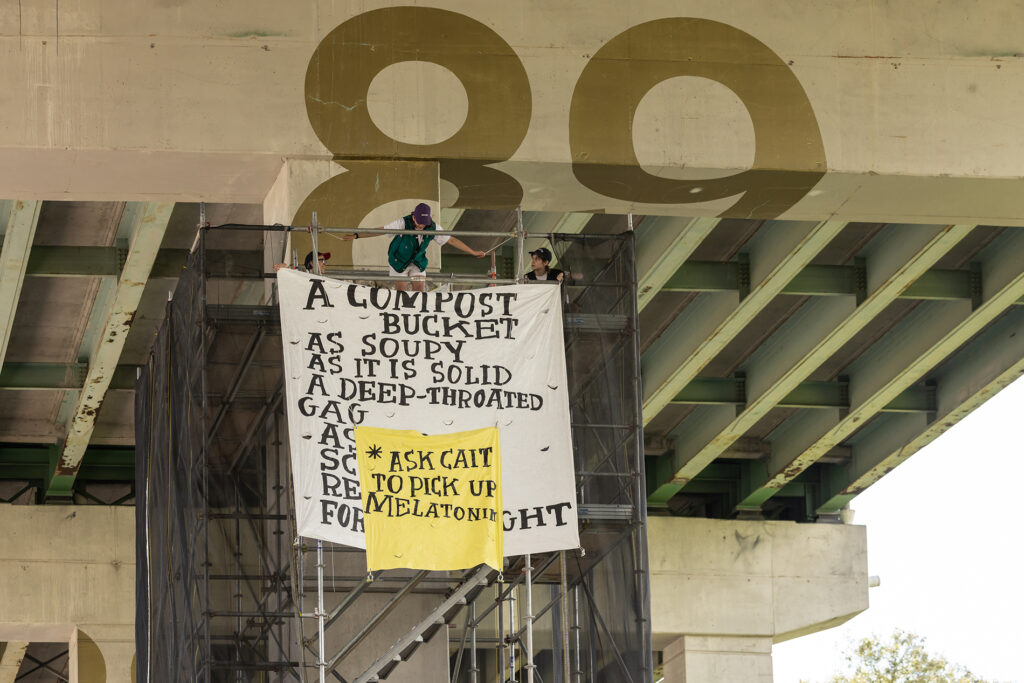 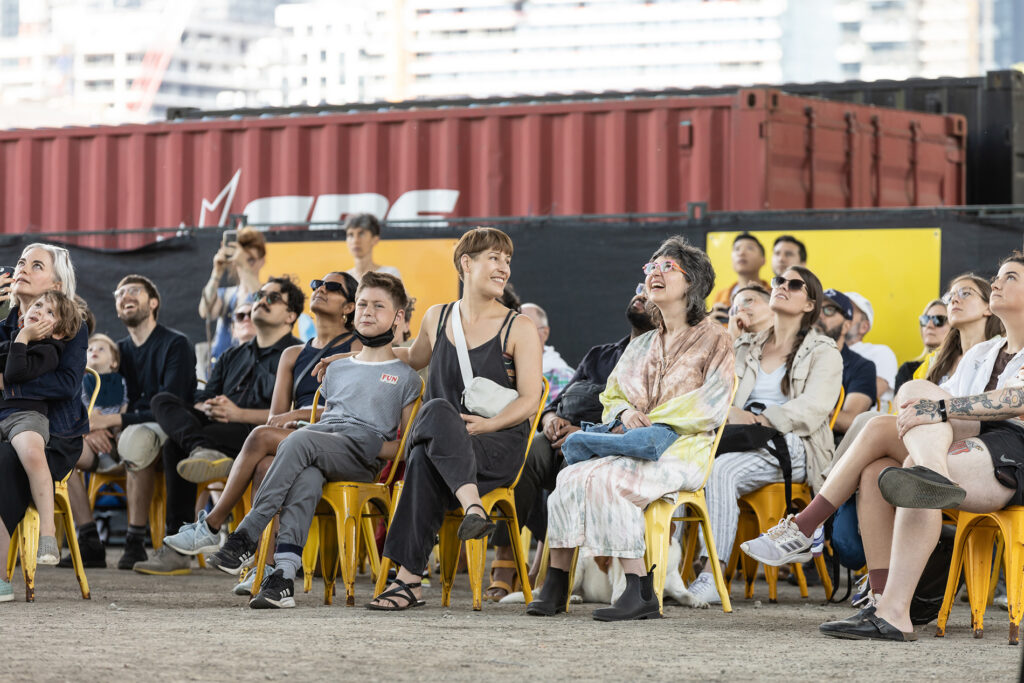 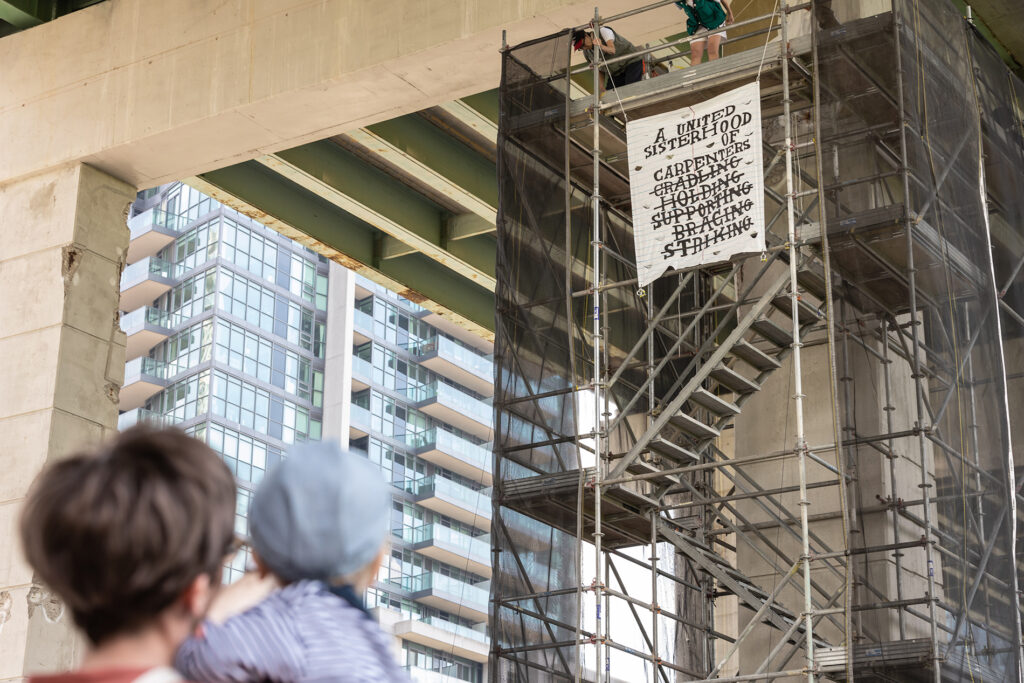 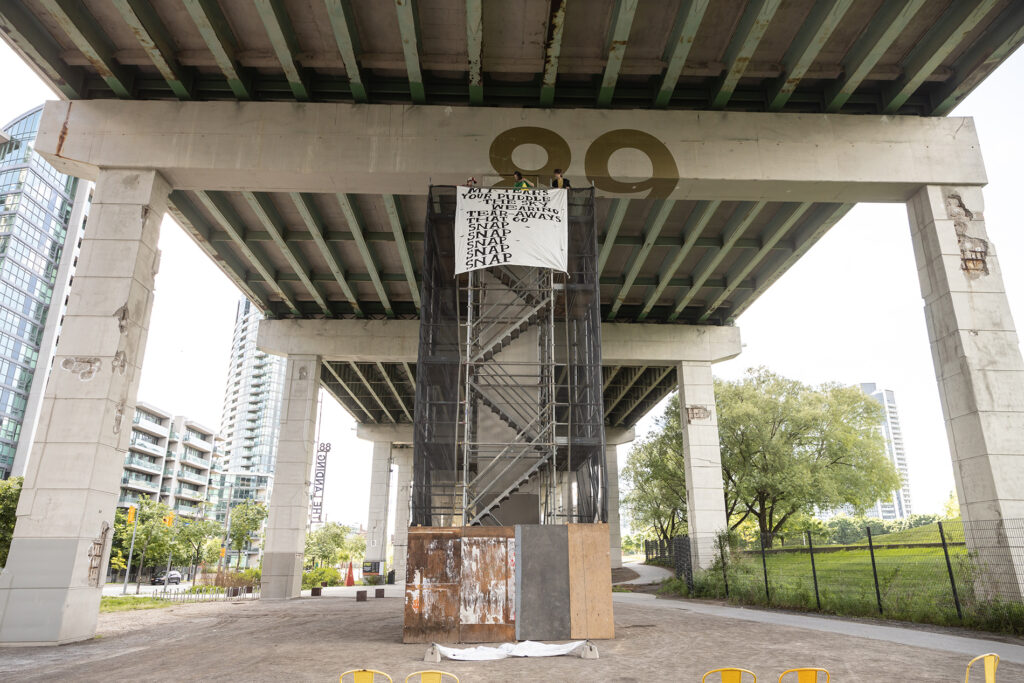 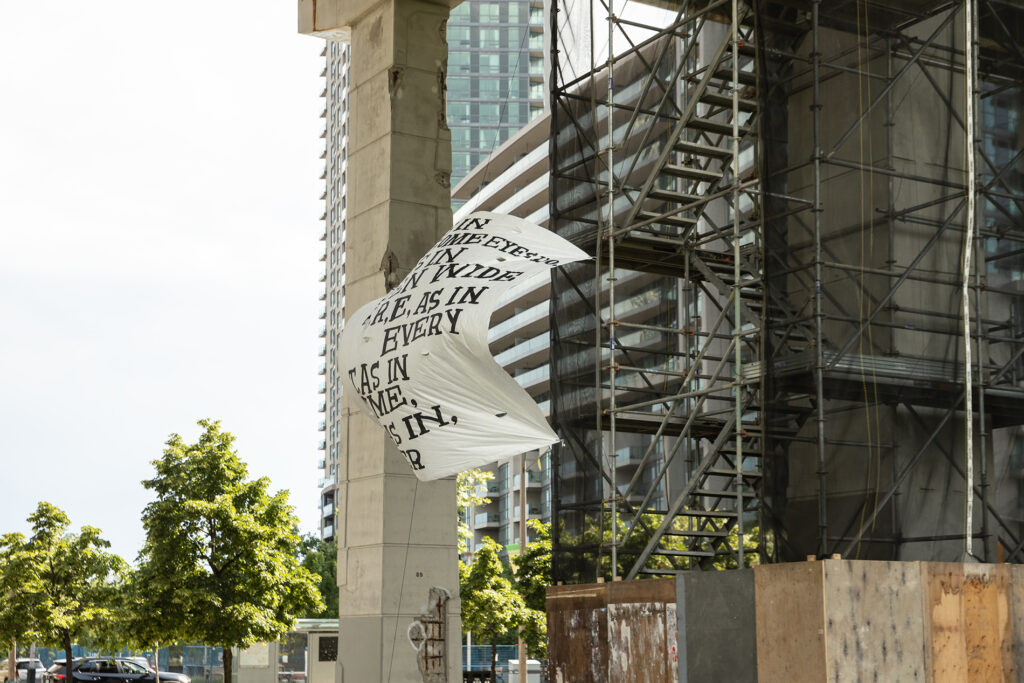 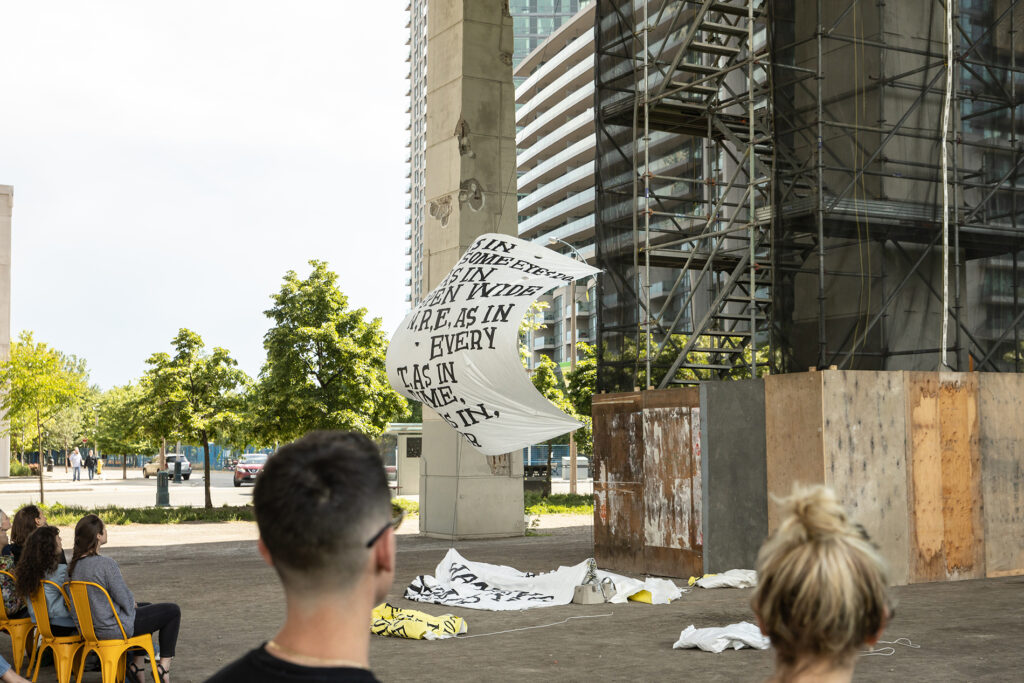 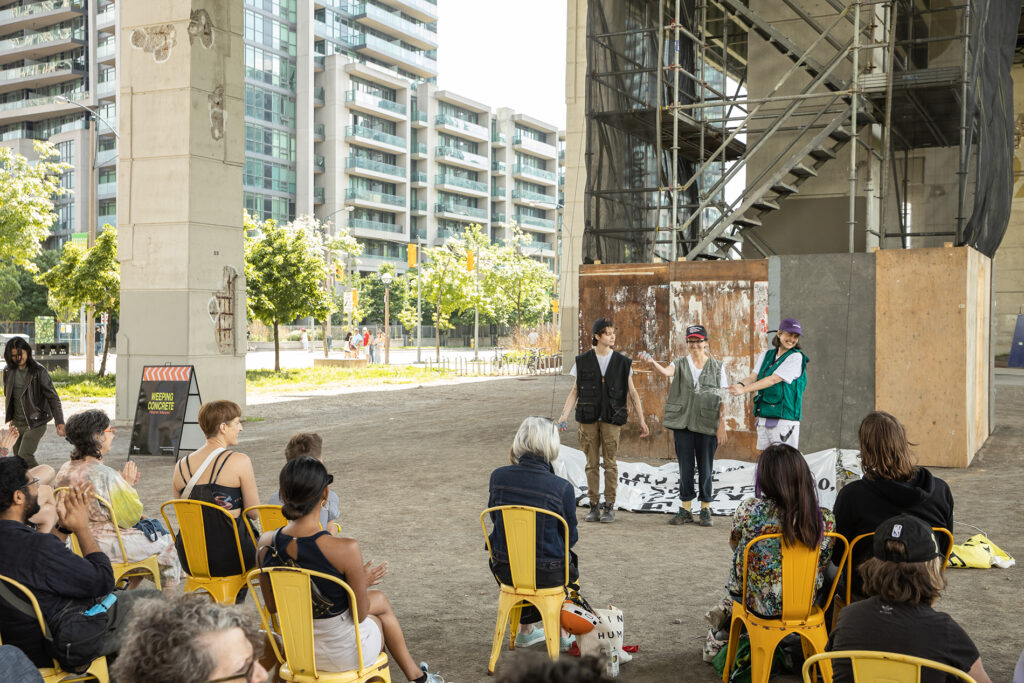 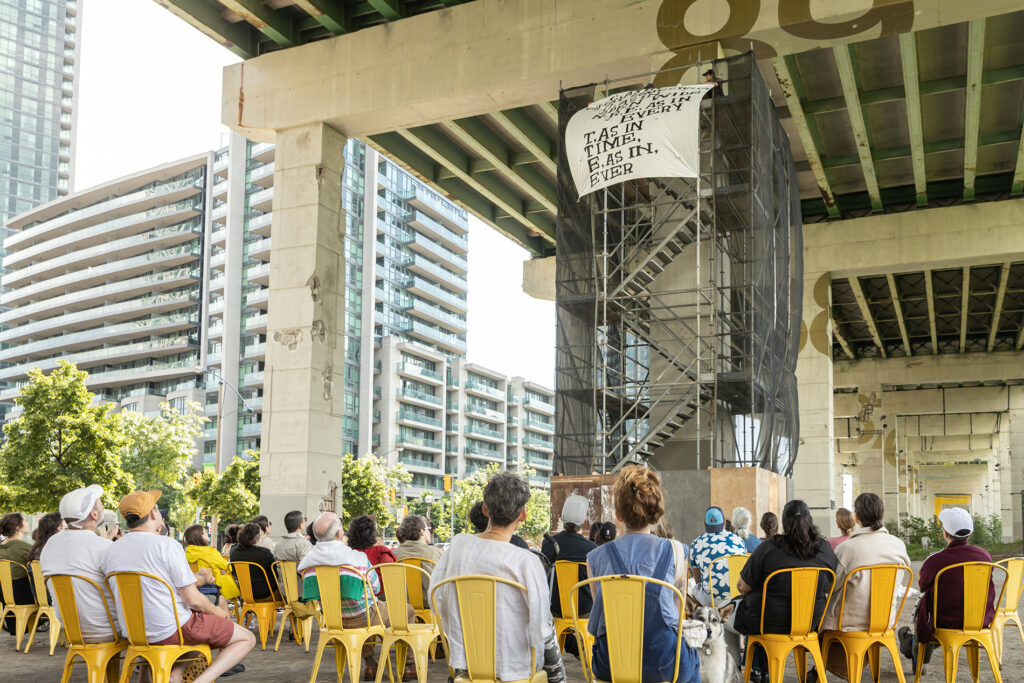 Hazel Meyer is an artist who works with installation, performance, and text to investigate the relationships between sexuality, feminism, and material culture. Her work recovers the queer aesthetics, politics, and bodies often effaced within histories of infrastructure, athletics, and illness.