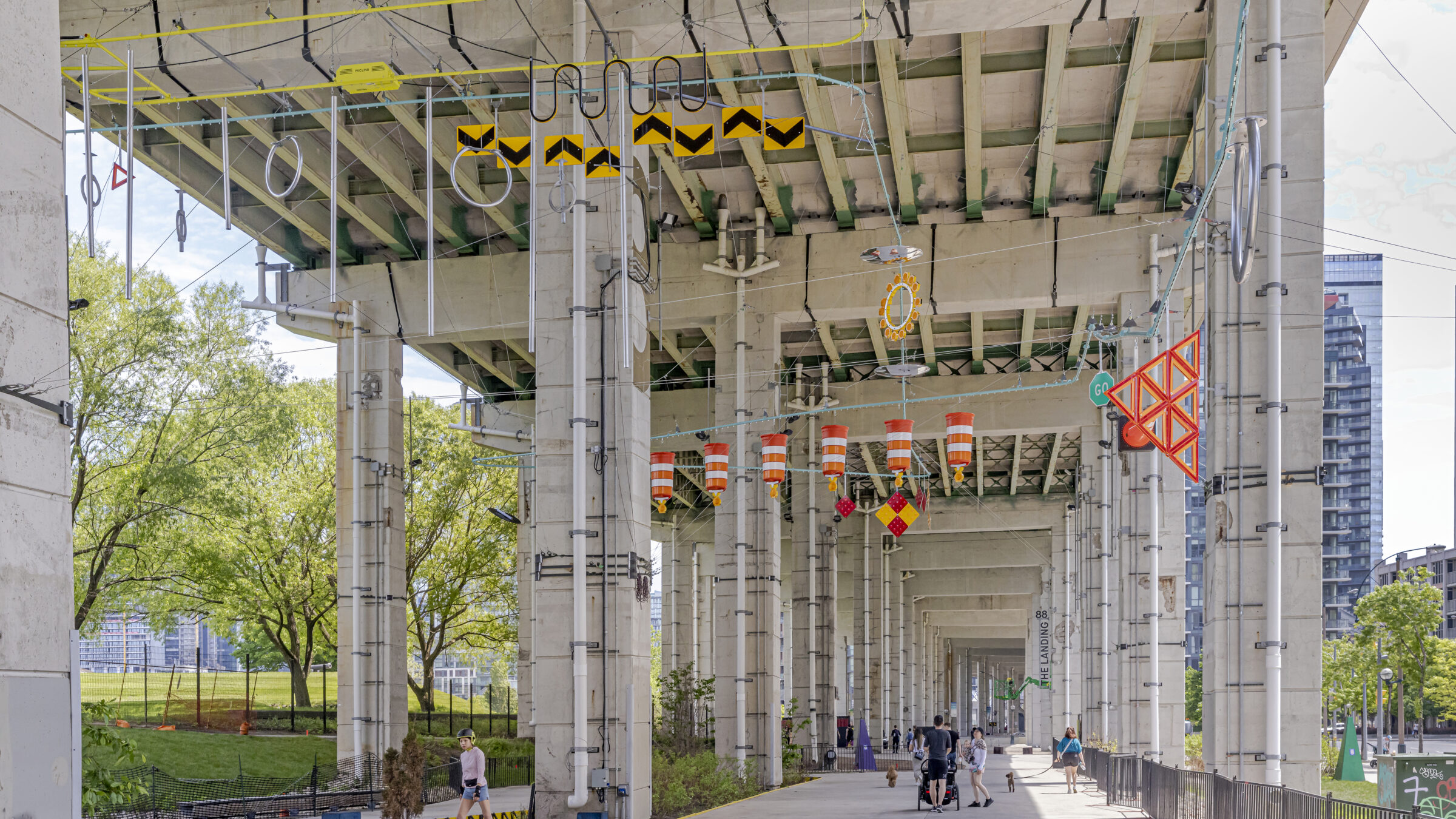 Inspired by the dynamic convergences and events that transpire in our streets, PARADE is a kinetic installation that infuses The Bentway’s skate trail with the vitality of the city and the ever-shifting variables of the streetscape. A motorised conveyor-belt overhead becomes an artery, soaring and looping around the bents above, carrying objects that march through the space like sorcerer’s apprentices. Everyday signage and objects we might encounter on our morning commute such as stop signs, traffic cones, and bike racks are composed and deployed in a playful and subversive treatment of order and chaos:  a procession of inverted road pylons with cheerfully blinking warning lights; a mobile of one-way signs, spinning aimlessly; a train of traffic mirrors pointing in different directions, multiplying and distorting the images of viewers below.

PARADE deconstructs the street, and marshals these iconic elements in a celebratory procession, transforming a mundane urban scene into street theatre. Reflecting on the continuous movement of the Gardiner Expressway above, and the bustle of the Bentway below, the viewer becomes a still point amidst the traffic of everyday life.

PARADE is scheduled to be in motion from 1:00pm to 9:00pm, seven days a week. Environmental factors like wind, as well as maintenance activity, may impact this schedule. During periods of idleness, PARADE is viewable as a still sculpture.

Commissioned by The Bentway Conservancy. 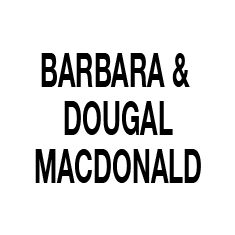 Mimi Lien is a designer of sets/environments for theatre, dance, and opera. Arriving at set design from a background in architecture, her work often focuses on the interaction between audience/environment and object/performer.

In addition to her work on the stage, she also creates large-scale public artworks, and sculptural/performance installations. Recently, Lien transformed Lincoln Centre’s outdoor plaza with “The GREEN,” turning the nearly 20,000 square feet of concrete expanse into a participatory public art installation. Selected theatre projects include: Natasha, Pierre & The Great Comet of 1812 (Broadway, Tony Award); Fairview, An Octoroon (Soho Rep.); Die Zauberflöte (Staatsoper Berlin). She is a co-founder of JACK (a performance space in Brooklyn NY) and is a recipient of a Tony Award, a MacArthur Fellowship, and an OBIE Award, among others.